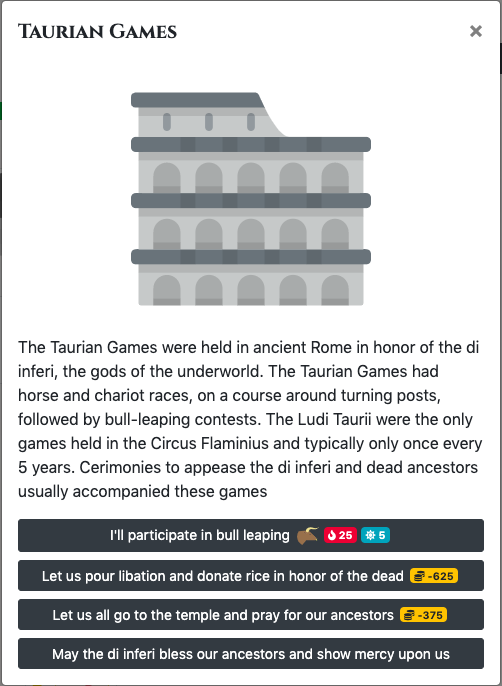 The Taurian Games were held in ancient Rome in honor of the di inferi, the gods of the underworld. The Taurian Games had horse and chariot races, on a course around turning posts, followed by bull-leaping contests. The Ludi Taurii were the only games held in the Circus Flaminius and typically only once every 5 years. Ceremonies to appease the di inferi and dead ancestors usually accompanied these games

Get Citizen of Rome - Dynasty Ascendant

Experience life and events in the Roman Republic. Help your family rise to greatness and lead Rome to greater glory!